The humans' arrogance that has already reached the high heaven; the social conditions in which abortions and homosexuality being committed without restraint are accepted as if humans have the right to naturally enjoy them; and the countless sexual sins that are being committed in the middle of this situation are threatening even the natural order that God the Father had established.

I became more anxious when I thought that if the Blessed Mother had not been present, the cupof God the Father's just wrath that is blazing up would have already been sentdown on this world.

So, accordingto the Blessed Mother's wish that God's punishment may not be sent down on thisworld, almost every day since December of last year until now, I have offered up more of the various pains than before, such as the pains of atoning for abortions and homosexuality and other sexual sins and the pains of burning my brains, tongue, and mouth, and other kinds of pains for the repentance of those souls who commit sins with mouths or obscene thoughts. These pains were so difficult to endure to the extent that they could not be compared with the previous pains. 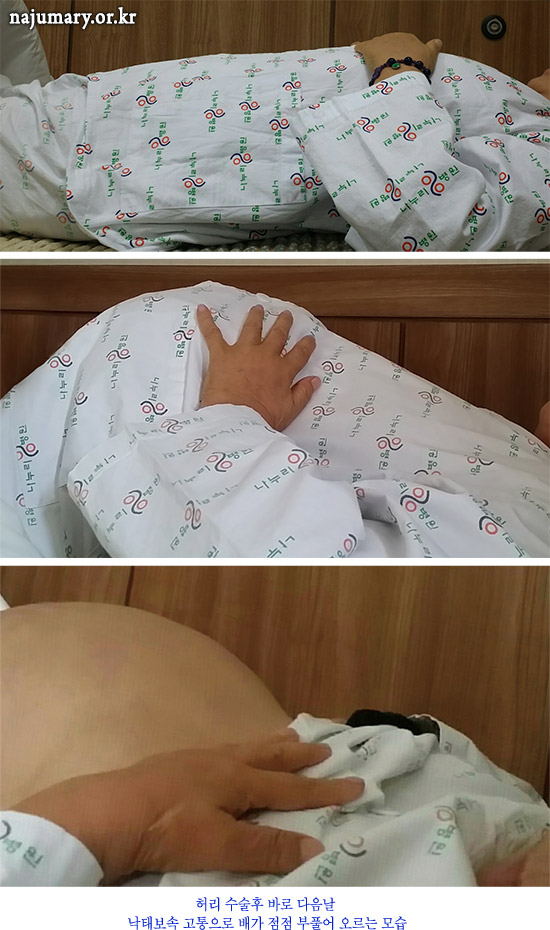 Because of the sins of homosexuality and obscenity, Julia offers up the pains of her anus

and the skin around it being worn out, peeled off and torn apart. (She has offered this pain since 1982)

Moreover, some sooty black matters like ash after burning flowed down from my head. Also, coal-black materials like feces were pouring out from my intestines which were empty due to the gastrointestinal endoscopy and colonoscopy I had undergone. Also, the sweat and thick liquid of the black and red color that gushed out as if there were holes bored in my body! 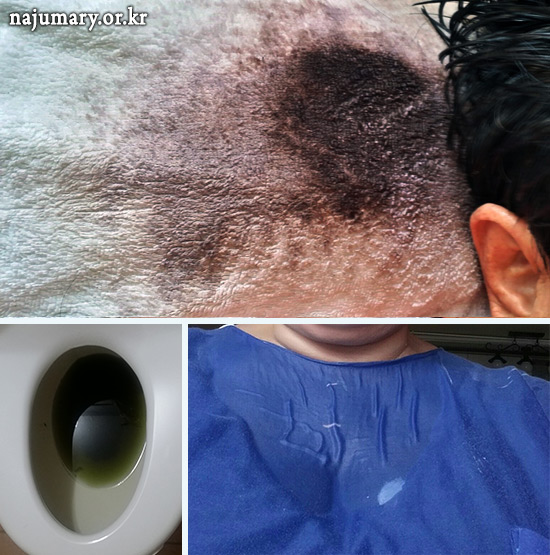 Devils, who became extremely angry because of my offerings, mercilessly attacked me at every available opportunity so that I might give up suffering pains. As a result, my whole body was covered with bloody bruises and became swollen on several places all the time making my body abnormal to the extent that I could not breathe! It seemed as though the whole world was totally corrupt and was spurting out through my body. Such phenomena, which I could not explain, accompanied with extreme pains which I had not experienced until now was extremely difficult to endure.

In spite of that, even the priests, religious, and laymen, who have been specially called, live an easy life singing the peaceful and happy days instead of living the life of repenting. So many people are undeservedly committing heinous sins of throwing away the human duties and even forsaking the natural laws to satisfy their desires, making a world that sins against God.

It also seemed as if my heart was burning because of so severe pains while I was looking at the sight of even most of the sons and daughters specially called were judging with arrogance and obstinacy instead of arming themselves with the Five Spiritualities. Even last night, I prayed and offered up such pains all night for the repentance of the sinners. Then, at about 5 a.m., I said, "Mother!  What should I do? Because even if I shout with desperate efforts it is useless, take my life and let all sons and daughters in the world repent and rush toward the Lord. As I was praying the Rosary before the Blessed Mother's statue, it was difficult to pray and I could only shed tears.

At that moment, I saw the priests, Sisters, and cooperators who helped me and, among them, just one of the cooperators was eagerly looking at a smart phone and was absorbed in it. The Blessed Mother looked at him pitifully and even poured out bloody tears. Then, she began speaking while the light was radiating.

"Oh, my beloved daughter! My little soul, you do not want to lose even one soul for the salvation of this world full with danger, participate in the suffering of Jesus my Son and me, and even shedding bloody tears and vomiting blood, are graciously offering up even the pains of the hour of dying that surprisingly visits you moment after moment!

When you, who had become a living sacrifice, implore for the souls, who had been specially called to help you, shedding bloody tears and suffering pains, I suffer the pains of my bosom becoming torn apart.

My beloved sons and daughters specially called to my holy place because I love you so much!

I, the Mother of Jesus Christ, the only-begotten Son of the Father, have specially allowed you, who had been called, to meet (with my daughter) so that you might help her by 1)working hard with her for the same goal so that God's plan of the Salvation may be accomplished, but you do not help her by becoming interpreters who protect her life, but are 2)harassing her instead... Can you not see my daughter bitterly lamenting being pressed by the limitlessly heavy weight of ingratitude and her silent prayer and scream accompanied by bloody sweat and bloody tears?

Is it right for you, who have been specially chosen and are my closest sons and daughters, to waste time turning your eyes to the things of the secular world such as news and sports and enjoying web surfing, movies, and dramas, while you cannot keep 3)steadfast will and 4)make strenuous efforts to the extent you forget eating your meals following my little soul?

Also, even though this Mother have repeatedly shouted until my throat becomes bursts, you have not accepted even little advices of my little soul and promptly fall into discouragement and despair and present a joy to the devils and idle away your time. If the terrible calamity befalls you suddenly, how can you avoid it?

Those souls who disregard what I intend to do through my little soul, despite the pleadings the Lord and I make shedding bloody tears, are like the disobedient and stubborn Israeli people and will be nothing more than a house of cards regardless of how great their past merits were.

Therefore, you must throw away your pride, ego, and trifling self-respect and arm yourselves with the Five Spiritualities, to quicken your sanctity and reach the perfect virtues, thus become humble and little souls so that you may enjoy the Heavenly Kingdom. It is because however the ship may be large and solid, 5)it will sink if you are careless and water leaks in.

But the little soul whom I and my Son Jesus have chosen; my little soul who gladly offers up the pains which are more severe than the suffering and death on the cross (Translator's note : This refers to Julia's previous experience of suffering and death on the cross on several occasions) for the repentance and salvation of the children in the world, having lost the sense of direction, wandering, and having human faces but being brute in mind is a comfort to the burning Sacred Heart of my Son Jesus and my Heart and an apostle of Our Hearts.

Therefore, if you are brought up by her and arm yourselves with the Five Spiritualities, the devils who fill the skies and the earth and have been afflicting you will run away. Therefore, wake up promptly and, 6)seeing the dangers in the world, do your best, offering your life.

As there is no time to procrastinate, I earnestly ask my little soul, who is God's most trustful and valuable subject. If you assemble the good grains which can fill the Lord's and my intention and bring them up so that all of them realize the simple truth that even objects as light as birds' feathers can sink a ship if enough of them accumulate and 7)put their heads together and consult with the willingness to 8)be crushed completely and consumed by others, the Church will be reformed, the world will change, and the new Pentecost will be realized.

I, the Co-Redemptrix, will save this world, which is in the danger of destruction, by accepting the seeds of martyrdom which you assemble as little souls. Then, those souls who work united with my little soul for the sake of the Lord and me will be the selected grains among good grains and, on the last day, enjoy eternal happiness wearing the shining laurel crown in the heavenly paradise where there is no pain, sorrow, or agony but only filled with joy, love, and peace."

When the Blessed Mother ended speaking, the light disappeared and I could not see anything. I went to the bathroom crying, I saw my face reflected in the mirror.  It was very swollen and appeared bloody. When I wiped my tears with a handkerchief, it became wet with blood. Then, I lay down because of an intense pain in the head and felt something hot coming out of my head. I saw the towel under my head was wet with dark red blood color.

Difficultwords (four character idiom) used in the above messages

1) 同心同德 working together for the same goal in one heart and one spirit.

2) 下井投石 harassing someone in difficulties instead of helping

5) 小隙沈舟 Ship will sink if you are careless and water leaks in. (The great calamity may befall if we neglect trivial things)

6) 見危致命 offering one's life, seeing the danger in the world.

0
March 2, 2016 - The Blessed Mother's Message January 1, 2015 - If you totally arm yourselves with the Five Spiritualities and put into practice the Messages of Love…
List New post